Perform Better were appointed to supply a Covid secure pop up gym for the England Netball Roses to train in the lead up to their January international series.

The equipment was installed at the Netball centre located at Loughborough University, with the layout and design created by the Perform Better experts.

"We needed a pop up gym to provide a Covid secure environment for our athletes to train safely in preparation for our series. The support from Perform Better was excellent in providing a high performance gym environment that was a vital part of our preparation. They led on the design, sourcing of high end equipment and installation/deconstruction of the gym making the process very simple and efficient. A brilliant environment for our athletes to train in."

Perform Better were appointed by the England Netball performance team to create a Covid secure s&c facility within the Netball Centre at Loughborough University.

The facility would be a vital training hub for the Roses in the build up to their first international series in 2021. It was important for England Netball the space allowed for maximum athletes to train safely in preparation for upcoming matches, with this knowledge Perform Better designed the space with six stations for athlete bubbles to work.

Along with squat stands, bars and Olympic bumper plates, NormaTec recovery boots were also included in the design, allowing the athletes to effectively recovery after sessions.

Tell us your question about England Netball – Loughborough University 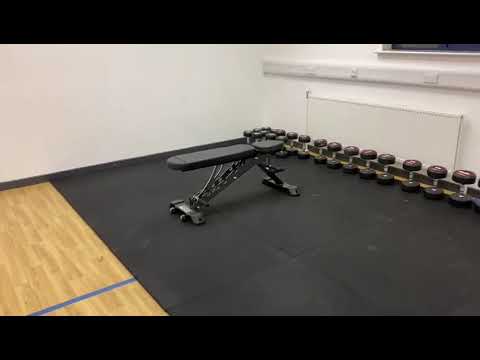