Oriam – Scotland’s National Sports Performance Centre is a £33m state of the art multi sport centre which is designed to house Scotland’s top athletes with the facilities, programmes and services to excel on the International Stage.
Oriam will be the performance base of the Scottish FA, the Scottish Rugby Union and the Sport Scotland Institute of Sport.

“Our aim with the Strength and Conditioning Area at Oriam was to create a facility designed for use by Professional Athletes from a wide range of Sports including: Rugby, Rugby 7s, Basketball, Handball, Netball and Football through to the full range of sports catered for by the Sportscotland Institute of Sport which can be as varied as Squash, Skiing, Curling and Cycling amongst many others. We also had to ensure that the facility would cater for large groups of such as the Scottish Rugby Squad who used it during the recent Autumn internationals. We worked closely with Perform Better to look at the design of the room layout and also the design of some of the pieces of equipment to ensure they were tailor made for our requirements. We visited a wide of Performance facilities around the UK to pick up ideas to ensure we designed a very high end Performance facility. We are very pleased with the facility we have created and we have had some excellent feedback from our Professional users.”

Oriam is the Performance base for the Scottish FA, Scottish Rugby Union and the Sportscotland institute of Sport amongst other sports.

With the facility being used by a range of athletes, the equipment specification was highly specialised. Two bespoke Performance Power Racks and six Performance Half Racks were specified with joining bars to allow bodyweight training.

This product is unavailable to purchase via the website, please email sales@performbetter.co.uk to place your order.
Shop Product 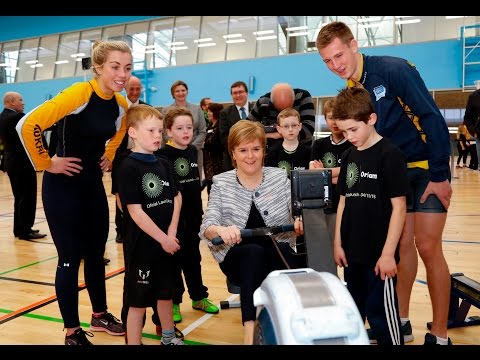